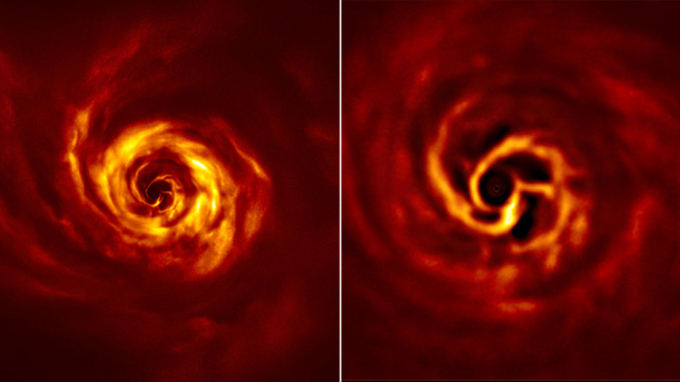 Photos of the planet being born

The huge telescope (VLT) of the Paranal Observatory in Chile captures an image of an exoplanet forming around the star AB Aurigae. A new photo, published in the journal Astronomy & Astrophysics on May 20, shows spiral arms forming inside a dense dust and gas disk surrounding AB Aurigae, a young star in the constellation of Earth, 520. light year. According to the European Space Research Organization in the Southern Hemisphere (ESO), the operator of VLT, this structure is the first direct evidence of the birth of a new world. 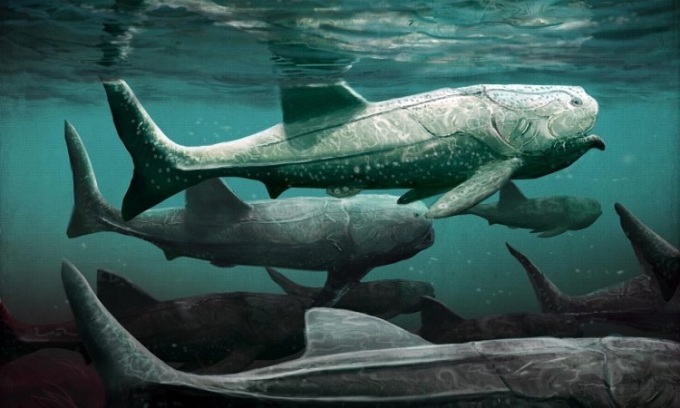 A research team at the University of Bristol and the University of Zurich found that Titanichthys, an armored fish longer than 5 meters in the late Devonian, was feeding like a shark. Titanichthys has long been known as one of the largest animals in the Devonian period, living in the ocean 380 million years ago. The exact size of this species is difficult to determine, but certainly longer than 5 m. Like a exposed shark, Titanichthys's lower jaw is over a meter long. However, unlike Dunkleosteus, an equally large armored fish, researchers have previously found no evidence of Titanichthys eating. While Dunkleosteus's lower jaw has clear fangs and crushed plates, the Titanichthys's lower jaw is quite narrow, lacking teeth or sharp edges suitable for bite activity. 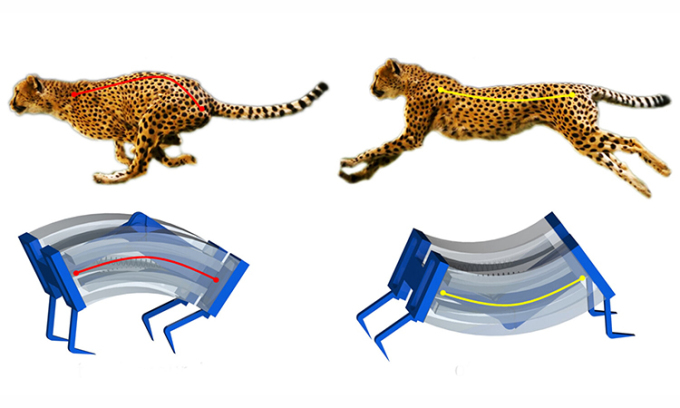 Researchers at the University of North Carolina (NCSU) of the United States developed a soft robot that moves quickly on hard surfaces and lifts heavy objects. Cheetahs are the fastest animals on land. Stretching and bending backbone structure is one of the factors that helps them reach speeds of up to 120 km / h. This is an inspiration for researchers, led by assistant professor of mechanical engineering Jie Yin at NCUS, to create a super speed robot called LEAP. 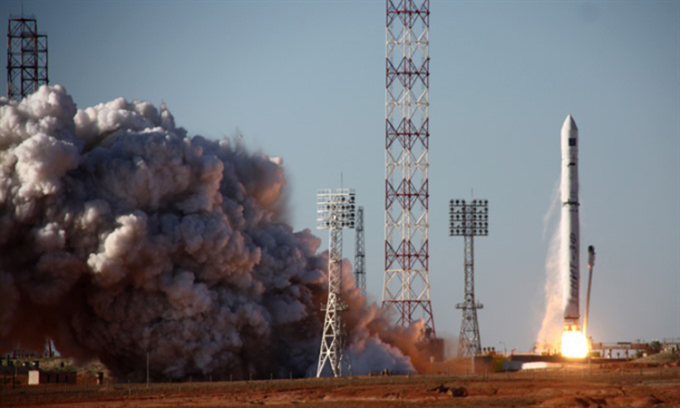 Russian space agency Roscosmos on 10/5 confirmed that Fregat-SB "drift" in space was broken into pieces. Fregat-SB is an "expired" rocket, used in the launch of Russia's scientific Spektr-R satellite in orbit on July 18, 2011. Its disintegration was discovered by the 18th Space Control Squadron, an American air force unit that specializes in tracking cosmic debris. "The incident occurred on May 8, 2020 above the Indian Ocean sky," Roscosmos confirmed. "We are working to collect data on the number of fragments and their orbits."

The artificial mechanics lift 1,000 times heavier objects, opening the future for robots that are identical to humans

The concept image shows Project Orca super yacht developed by Rosetti Superyachts is mixed black and white typical of killer whales, with the highlight that two white patches on both sides of the boat can glow in the night and one The radar mast looks like the dorsal fin of the most successful predator in the ocean. Rosetti Superyachts has not announced the specific price because the yacht is still in the prototype stage but if looking at the features equipped, it certainly has a "not cheap" price, which can be up to millions of dollars. 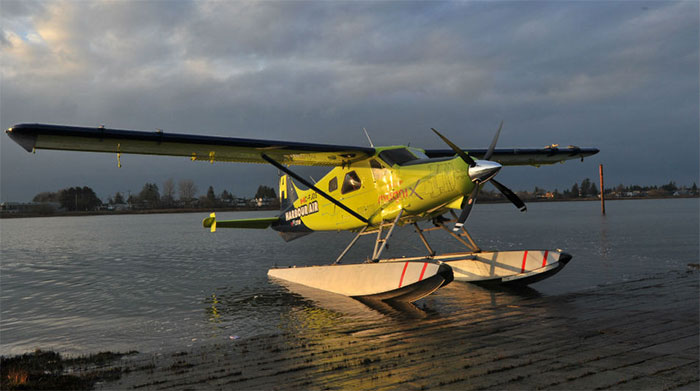 The world's first all-electric commercial airplane to have a test flight in the Canadian city of Vancouver. Speaking to the press, the magniX's CEO, Roei Ganzarski, emphasized that this proved that commercial aviation of all-electric aircraft was feasible. The technology not only uses fuel efficiently, it also saves the company millions of dollars in aircraft maintenance costs, as well as reducing emissions to zero. 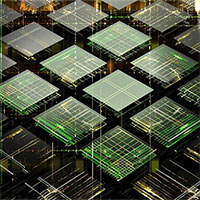 Create a quantum state in electrical appliances, as a premise to build quantum Internet

After decades of efforts to shrink electronics, we have more "good" electronics, but are almost reaching the limits set by Moore's law. Faced with the electronics industry's biggest obstacles, the brightest minds on earth, engineers and scientists find humanity a new direction: quantum information technology. Quantum technology makes use of the strange laws of the particle world - rules that science still doesn't fully understand until now, just knowing that they can't coexist with the electronics we use every day. But we had good news! Scientists at the University of Chicago's Pritzker School of Molecular Engineering have just announced a new breakthrough: a special quantum state, which can exist and be driven by electrical devices made of silicon carbide, a semi-material. Lead is heavily used in electronics. 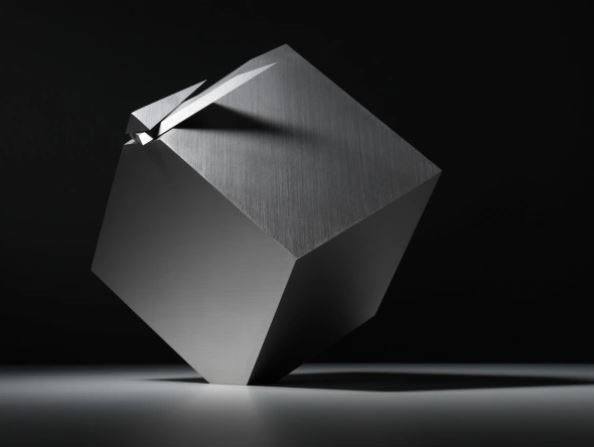 The watch with an extraordinary design every 12 hours is turned into a cube, worth more than 1 billion

With the rapid development of current technology, smartphones are gradually becoming more powerful when they can "weigh" almost every task in daily life, including time tracking. With just a simple operation to turn on the screen, we can know the exact date, time at the current time, and can even schedule, schedule, set an alarm. Quick and easy way. 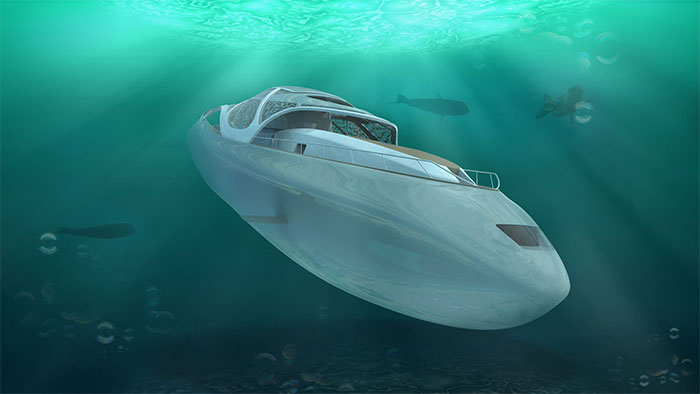 The hybrid ship that can move both surface and underwater is the idea of ​​naval architect Elena Nappi. Called Carapace, the yacht can dive to a depth of 300m for 10 days in a row, offering breathtaking views of marine life. Nappi, who came up with this innovative concept after years of maritime pilot research, said the design represents a "new yacht class," combining the comfort of luxury yachts and "privacy." from "of submerged scrolling.