In the study, volunteers have to observe some images such as swans, aircraft or stained glass windows. The signals from the scanner are fed into the artificial neural network, a computer system that mimics the way the human brain works, can learn and solve problems.

The system learns to recognize images and then uses signals from the volunteer brains to recreate objects they are thinking of. The shape and color of the reproduced image is quite similar to what the volunteers saw initially.

The machine is also able to reconstruct symbols and letters, proving that it actually "sees" what volunteers observe, not just guessing based on knowledge of the natural shapes. 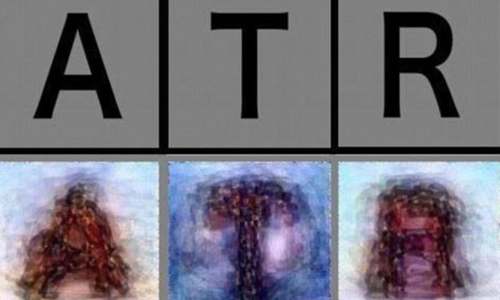 The team commented, this breakthrough opened a unique door on the world inside people. In addition, in theory, new techniques can be used to create images of dreams and help people with disabilities communicate with those around them.

Image reproduction is quite similar to the sample image, including natural photos and images of artificial objects. The machine is only trained with natural images but successfully extends to artificial objects. That shows that the machine reconstructed images from brain activity rather than just matching patterns, the team said.

Geraint Rees, a neuroscientist at the University of London, is impressed with this process of artificial intelligence learning how to read letters he has never met. The new research marks a major step forward in technology, he commented.