Researchers at the Dream Lab laboratory at the Massachusetts Institute of Technology (MIT) are currently developing a device that tracks and interacts with human dreams.

According to OneZero, the goal of the group is to prove that dreams are not pointless. It can be "hacked" to increase and affect the benefits with human mental health.

We do not know that one third of our lives can change for the better of ourselves. Even if you talk about boosting your memory, boosting your creativity or improving your mood all the next day, the fact that you can do it at night is really important, says Adam Horowitz, a PhD student at MIT Media Lab said. 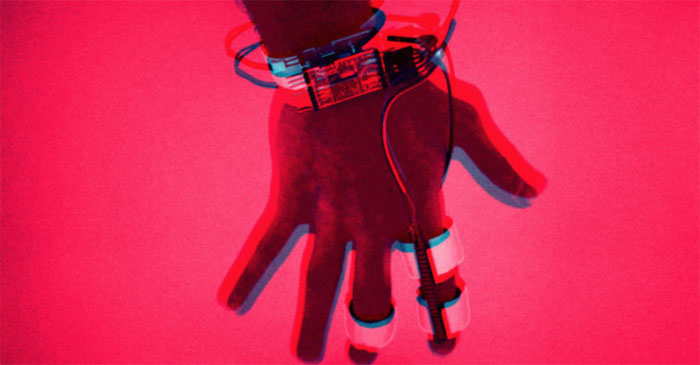 This device is capable of tracking and interacting with human dreams.

That's why a glove-like device called Dormio was born. The device, developed by the Dream Lab team, is equipped with a series of sensors that can detect the wearer's sleep state. When the wearer falls into a state between consciousness and the subconscious or wild border of the half-awake state of Hypnagogia, the glove will emit a pre-recorded audio signal, most of the time being a single word. Best.

Visualization or hallucinations are a normal state of consciousness during the transition from the state of alertness to sleep. Hypnagogia may be different in different people. Some say they have woken up after being hypnotized but others are able to interact with someone, Valdas Noreika, a psychologist at Cambridge, who was not involved in the study, explained. .

Based on previous research, Dream Lab can do something with Dormio gloves. For example, in a 50-person experiment, gloves can tuck ... a tiger into the sleeper's illusion by wearing a glove that says a pre-recorded message.

A similar device made by Dream Lab researchers and PhD student Judith Amores relied on taste rather than an audio signal. A preset scent is emitted by a device when the user reaches the N3 stage of sleep - a period of regeneration when the body heals itself and consolidates memory. The idea is to enhance unity by using scents. Researchers hope to help people with sleep control of their dreams.

One of the psychiatry professors at the University of Montreal once wrote on the MIT blog that people can try flying, singing and even having sex, it's much better than virtual reality technology.

However, only 1% of people are likely to enter this state frequently, making it difficult to study. The state of the brain in the "lucid dream" is not well understood. A lucid dream is a state in which a dreamer knows that he is dreaming. Only about 25% of the population reported that they had Lucid dreams clearly and truly "lived" in their dreams. How to put the brain into the Lucid dream state is still a topic that many scientists are interested in.