How AI transforms the smartphone industry?

AI on smartphones is far different from fiction, but has gradually crept into many parts of the phone without the users' knowledge.
Manufacturers are trying to find technologies that make their phones "smarter" than their rivals, but not easy. Most phones in the same price segment are equipped with the same hardware, performing the same functions. When you launch a smartphone with "rabbit ears", a bunch of other brands also follow suit. When you announced a smartphone with a sliding camera, a series of other companies also launched similar solutions ...

According to Statistica, the smartphone market has reached a point of saturation, not in sales but due to hardware limitations, when there has been almost no significant breakthrough in chips, batteries, screens ... years. by. Meanwhile, the time to upgrade phones is longer, but the cycle of changing new iPhones has increased from 24 months to 30 months.

So how to make your smartphone stand out? That's when manufacturers can create an AI software and hardware system that works seamlessly together. Investing in artificial intelligence is creating a new battle in the field of mobile phones.

AI was present many years ago through virtual assistants like Apple Siri, Google Assistant, Amazon Alexa, Samsung Bixby, but it is moving deeper into the hardware field and becoming the main "raw material" in development. smartphone. 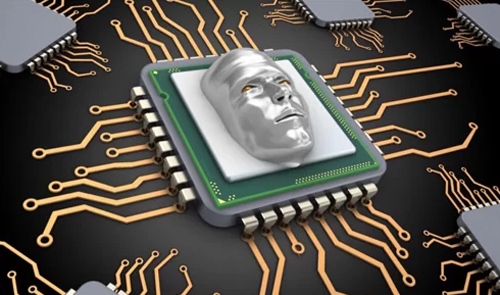 Starting in July 2017, Huawei started announcing Kirin integrated AI chips to support faster and smarter tasks. Or during the 2018 iPhone launch ceremony, the tech industry felt that artificial intelligence was a hidden factor in Apple's entire smartphone construction roadmap, such as the A12 chip with the "Neural engine" processor, camera, receiver. FaceID face ...

To get an idea of ​​how artificial intelligence is going into life, simply look at the camera - one of the most used components on smartphones. Today's phones are more than just a communication device. Similarly, the camera on the phone is not only responsible for taking photos, videos. They also collect image data, store and analyze them to perform many functions that meet user needs.

The iPhone XS, for example, allows users to adjust the depth of field after shooting. Or the Google Pixel 3's Top Shot feature takes multiple photos at once, then uses recognition technology to automatically decide which one is best. Another feature is that Photobooth automatically takes a selfie without you having to press a button. It will make the decision to take a shot when you find the right moment like the faces on the screen are having fun, or when you are kissing your lover ... Google experts say they have built a neural network , combined with artificial intelligence to analyze human images and expressions.

Many other Android phones automatically compose similar photos or follow a series of happenings together to form a video, a story about a specific date, or a summary of a user's outing.

An outstanding use of AI is the ability to personalize data. Depending on usage habits, the content displayed on each service is also different for each person. For example, when watching movies on Netflix, it will predict 99% of the likelihood that you will like something to show up on the top, by analyzing what you have watched before.

Mobile personalization will also open up further possibilities with contextual recognition sensors, voice search, chatbots, etc.At present, AI on smartphones is not as good as in scientific films. fiction, but it has slowly crept into many parts of the smartphone. With the strong development in both hardware and software, users can completely wait for "a true AI phone" next time.