For streamer Jimmy Broadbent, getting past Lando Norris - a member of McLaren - in the Bahrain Grand Prix virtual race is a "dream come true".

At the end of March, the F1 race kicked off a weekly online tournament to partially meet the needs of fans when the actual races were canceled because of Covid-19. The eSports Virtual Grand Prix takes place in the F1 2019 game with a series of professional riders, such as Charles Leclerc (Ferrari team), Alexander Albon (Red Bull Racing Honda team), George Russell (ROKiT Williams Racing team). ..

Along with an emulator set in an apartment in England, Jimmy Broadbent took fourth place in the Bahrain Grand Prix, after beating Lando Norris (McLaren team) in the last race. "It's hard to imagine. Last week I watched Norris on TV, now I have a chance to face him," he said.

The 28-year-old Streamer made the most of the opportunity, twice reached the top 10 riders and outnumbered both Norris and former world champion Jenson Button in likes on the Twitch game platform. "It is important that we give our fans an interesting performance," Broadent added. "The cars are fake but the competition is real." 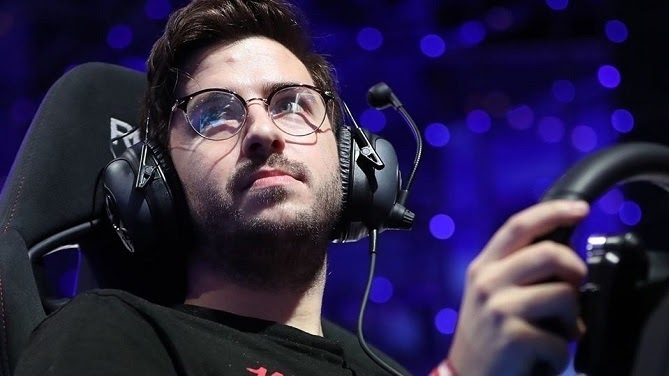 Between Covid-19, streamers like Broadbent became famous in the sports world. Thanks to the regular participation of professional athletes, the simulation tournament becomes more attractive, especially for speed sports fans.

"The pandemic made the dreams of virtual racers a reality," said Steven Steffens, a veteran simulation racer from North Carolina (USA). "We never dared to hope to compete with professional riders in a virtual battle on the weekends."

Last month, Steffens registered for Replacements 100, a virtual tournament in the iRacing game of the National Motor Vehicle Association of America (NASCAR) to replace the Atlanta Motor Speedway race that was delayed due to the disease. In the end, he took third place with a five point difference from Dale Earnhardt Jr., who twice won the Daytona 500 stage.

According to Jimmie Johnson, the champion of the Nascar Cup 7, the density of virtual races, a small number of tournaments take place throughout the week, promoting development simulation technology to help professional riders adapt faster.

"The only difference between the racing game and the fact that everything is fake," explains Steffens. "So you can't feel the car chasing the back and have to pay more attention to the signal on the screen. However, professional riders will get used to it in the next few weeks."

eSports Virtual Grand Prix and Nascar Replacements 100 are two of many eSports tournaments for professional athletes recently. The National Basketball Association (NBA) also hosts the NBA 2K Player Tournament on Xbox One among 16 professional players, such as Kevin Durant, Trae Young, Devin Booker ... This NBA 2K is broadcast live on the channel. ESPN with a reward worth 100,000 USD.

However, participants need more skills to win racing simulations. "It is not simply controlled by the keys on the handle," Steffens said. "You have the accelerator and steering wheel to respond precisely. Virtual racing with 200 laps is a real training session for professional riders, compared to the fact that Lebron James doesn't sweat at all while playing NBA 2K." .

The online racing broadcasts on Twitch and YouTube attract millions of viewers each week, as countries apply isolation measures to prevent Covid-19. Kevin Bobbitt, Media Director of iRacing, an online racing game with 150,000 players, said: "We have been quite busy adding 10,000 new members over the past three weeks."

"When stuck at home, sports fans look for new forms of entertainment," he said. "We are very happy that the game offers people a good way to relax during this time."

According to Bobbitt, the company has gradually upgraded its server system since 2008 to meet a large number of access needs. "The iRacing community predicts a wave of new players will continue to land on our track for the next few weeks," he added.

Steven Steffens expects racing to become more popular after the pandemic. Through an online race in 2004, he made friends with Dale Earnhardt Jr. and was hired to work at JR Motorsports. Steffens believes the iRacing community will grow if pro riders continue to participate in online tournaments. 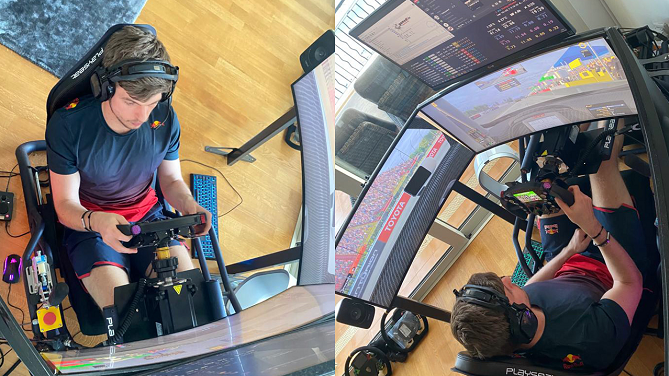 Similarly, Jimmy Broadbent is optimistic about the future of racing. Thanks to eSports Virtual Grand Prix, his video of F1 2019 games increased from less than 30,000 to an average of hundreds of thousands of views. Some even reach over a million followers.

"In real life, racing is a sport that requires abundant financial conditions. But racing simulation allows people to drive the dream car from their own home," said Broadbent.

Broadbent is enjoying the famous moment fleetingly in the F1 racing village. "I look forward to the challenge of a famous racer like Lewis Hamilton. I'm very lucky to have this opportunity," he said.