[Technology] 5G: 'Terminator' of Wifi network in the future? 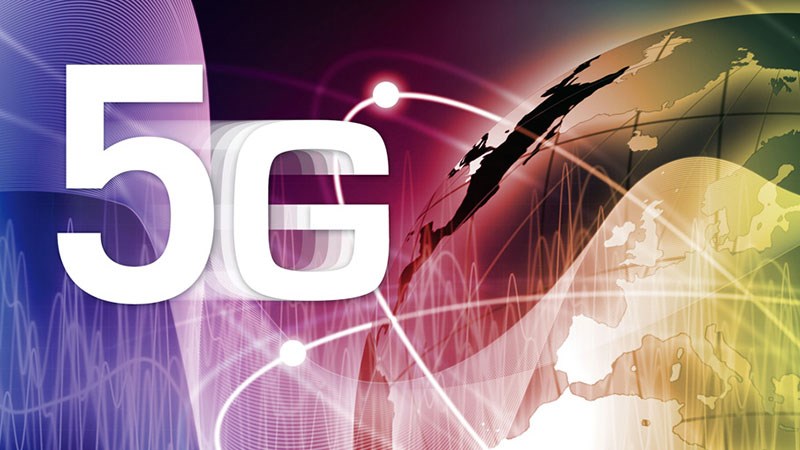 Most recently, the international networking organization ITU has just published a report on IMT-2020 radio technology, also known as 5G, which will be finalized by the end of 2017. However, it will need more. There is some time left to make it more widely available in countries.

Back in early January 2012, the International Telecommunications Union (ITU) certified that only two technologies, LTE-Advanced and WirelessMAN-Advanced (WiMAX 2), will meet the previous generation 4G network standards. of 5G.

According to ITU standards, 4G network must achieve speeds of 100Mbit / sec when moving at high speed and speed of 1Gbit / sec for fixed devices. 5G appeared after 4G, it is expected to be many times faster.

And recently, the 70GHz and 80GHz bands have also been used publicly for the purpose of establishing networks and radio communications. These frequency bands are utilized, which can greatly improve the speed and wireless bandwidth.

Currently, almost no data is transmitted above the 24GHz mark, because these wavelengths tend to be used at close range, operating at shorter distances. For example, AT & T's 4G LTE network currently operates in the 700MHz, 850MHz, 1.9GHz and 2.1GHz bands.

Three frequency bands used commercially in the UK (57-66 GHz, 71-76 GHz, 81-86 GHz)
Instead of ground base stations being used by 2G, 3G and 4G networks, it is possible that 5G will use HAPS (High Altitude Stratospheric Platform Stations) stations.

Basically, HAPS stations are airplanes that hover at a fixed position from 17km ~ 22km above the ground and act as a satellite. This way the signal line will be more straight and reduce the obstruction of high-rise buildings.

In addition, thanks to its height, the base station is capable of covering a large area; thus reducing, if not eliminating, problems of coverage area. Even at sea, where terrestrial broadcast stations cannot reach, they can also pick up a 5G signal. 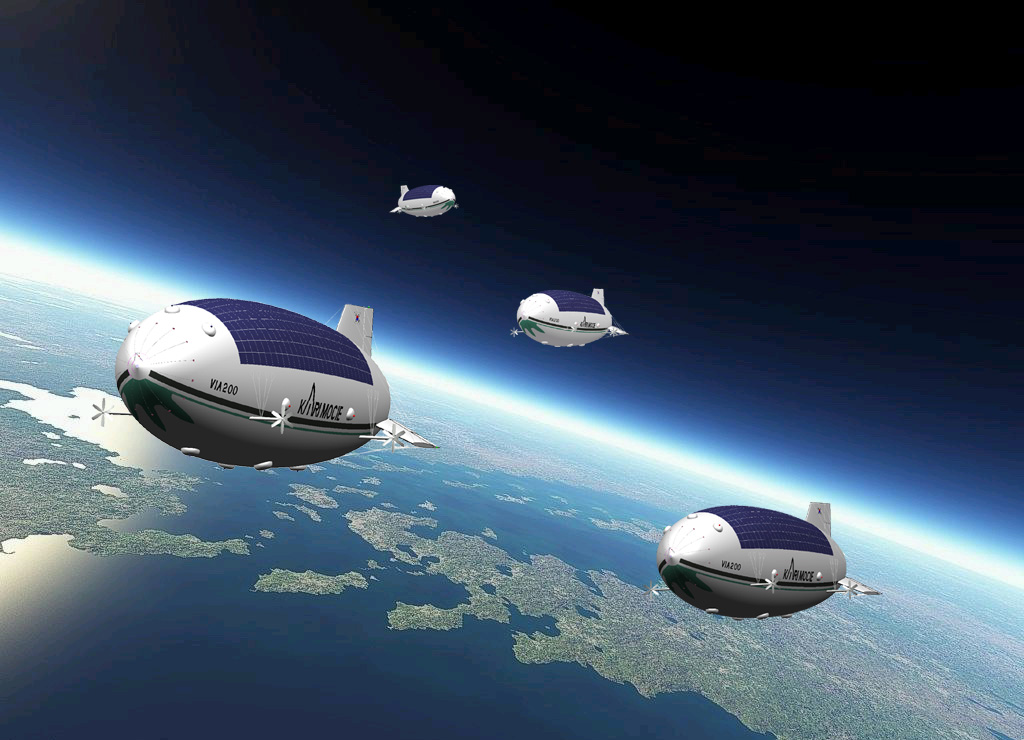 HAPS station model in the future

With 5G, we can download a movie in seconds. Theoretically 5G speed can reach 10Gbps (gigabit per second), even higher, even at the edge of coverage, the speed can still reach from 1 to several hundred Mbps.

But you should not be too excited about the above information because when 4G LTE is put into use, the actual speed may only reach about 5 ~ 12Mbps download and 2 ~ 5Mbps upload, while before launching it It has also been hailed at speeds of up to 300Mbps. In addition to higher speeds and bandwidth, 5G is also expected to have many better communication features between devices.

For example, a smart home equipped with 5G technology can communicate with sensors for instant status updates without the need for huge bandwidth or to receive signals from a distance, something that home I need is the response time to be fast. Devices that support 5G are able to choose the right frequency to send the signal, based on the type of data being sent.

The visual image below will show you how the speed of 5G is actually faster than 4G or 3G. 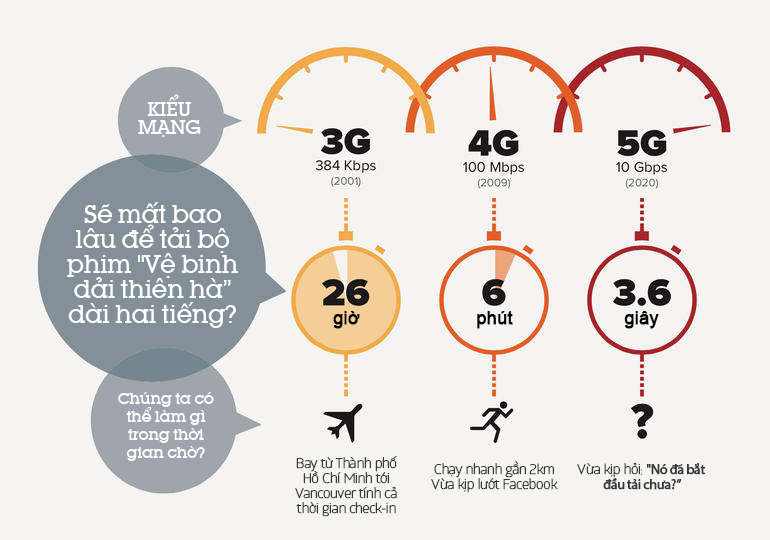 The race to build a new mobile network
In 2014, the UK and Germany signed a cooperation agreement to develop a high-speed 5G telecommunications network, allowing the download of an 800MB movie in less than a second (about 6.4Gbps). Normally it will take 40 seconds if you use 4G to download that movie.

By the end of January 2014, South Korea announced an investment of US $ 1.5 billion to develop a 5G network with a theoretical speed of up to 1Gbps (one GB of capacity per second), 1,000 times higher than 4G and 10,000 times higher than 4G. 3G. The Ministry of Education, Science and Technology (MEST) expects to be able to test 5G in 2017 and be commercialized by December 2020. 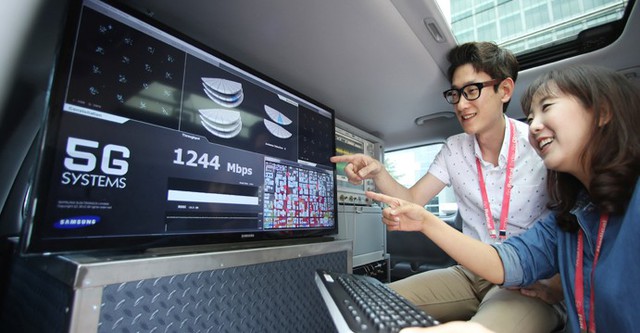 Earlier, in May 2013 Samsung tested its own 5G network. They succeeded in transmitting signals over 2km distances at speeds of up to 1,056Gbps, intending to commercialize 5G services by 2020. In the test, Samsung used 64 antennas to continuously transfer signals. between multiple transceivers, depending on which one is receiving the clearest signal.

Outside of Korea, China's Huawei is also building 5G and is about to commercialize at the same time.

We can hope that in the near future it is possible to experience 4G and then 5G networks in Vietnam at a much higher speed than the previous 3G network speed. Are you looking forward to this new technology?