Technology brings people back from the dead

A biotechnology company in the US is about to conduct controversial research, stimulating the nervous system to restart the brain of 20 patients with brain death.

Revive the extinct 1,500 kg bulls that have been extinct for 400 years 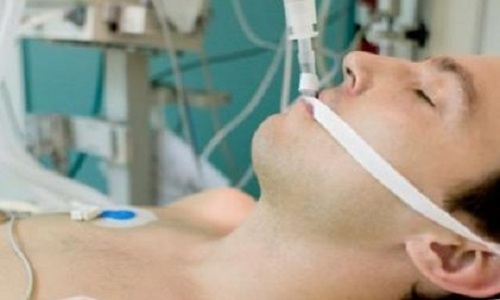 A patient in a deep coma has to use a ventilator. Artwork: Telegraph.

According to Business Insider, Bioquark hopes that the ReAnima project, which they will collaborate with many leading experts, will reveal the possibility of bringing people back from the dead. The ReAnima project has the participation of Dr. Calixto Machado, a famous neuroscientist, a member of the American Institute of Neurology and is licensed by the National Institutes of Health.

The team will test a variety of combination therapies on volunteers who are certified brain dead and must use ventilators. They will apply the method of injecting stem cells into the brain, bringing beneficial chemicals into the spine and stimulating the nervous system.

After conducting each therapy, the team monitored the brain activity of volunteers for several months in hopes of finding signs of neurological recovery. Their focus is on the upper part of the spine, the lowest part of the brain stem responsible for controlling the human heart's respiratory function like breathing and heart rate.

"To make such a complex procedure, we combine medical rehabilitation tools with devices commonly used to stimulate the central nervous system in patients with severe unconsciousness syndrome." We hope to see results in 2-3 months, "Telegraph quoted Ira Pastor, president of Bioquark.

The central nervous system is an electronic biochemical system that uses a biological compound called a neurotransmitter to transmit electronic signals throughout the body. When stimulating neurons with electric current in the case of a coma, neurons can respond to electronic stimulation. But after the brain dies, neurons start to wither and degenerate, so to revive the brain dead, the team will need to simulate neuron regeneration.

The brain is the place where stem cells are born in the most primitive form and different from all the rest of the body's cells. Despite the many processes that use stem cells to regenerate damaged hearts, pancreas, eyes or brain tissue, researchers still need to go a long way before being able to inject stem cells into the body. allowed them to regenerate lost cells.

The trials began at Anupam Hospital in Rudrapur, Uttarakhand, India. At this stage, peptide patients will continue to be injected with peptides, acting as neurotransmitters, along with stem cell injections twice a week.