The day you were born, outer space has something special? The Hubble Telescope will give you the answer

Over the past 30 years, NASA's Hubble Space Telescope has recorded many images from space to send back to Earth. On the occasion of Hubble's 30th anniversary, NASA created the "What did Hubble see on your birthday?" Section. allow anyone to be able to see the images of the universe on its birthday.

To know, the day of his birth, outer space has something special, you just need to visit the What did Hubble see on your birthday page of NASA follow the link below. After selecting the day, month -> you select See Full Image -> Hubble images taken on that day will automatically display. 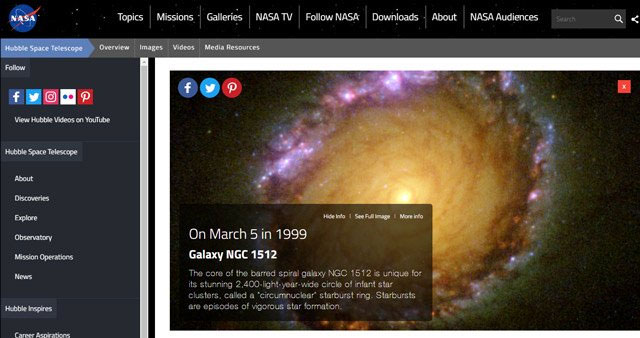 This category allows anyone to view the universe on their birthdays.

Hubble is a NASA space telescope, launched in orbit on April 24, 1990. Up to now, this is the largest and most powerful telescope ever launched into space. Hubble operates in orbit of the Earth at an altitude of about 610 km, which is about 220 km higher than the orbit of the International Space Station. Hubble's movement speed is about 7500m / s, it only takes about 97 minutes to go around the Earth. Hubble can go to Earth 15 times a day.