The 'illegal' purchase of Netflix accounts is blooming

Netflix accounts of unknown origin are listed for sale from VND 20,000 a month, attracting hundreds of inquiries.

Thanh Hai, a telecommunications service salesman in Hanoi, opened another service to sell cheap Netflix accounts in early April. Right on the first day, Hai received dozens of "orders" from friends and Relatives, to the point that they have to postpone because the number of existing accounts is not enough to provide, must buy additional from "agents".

According to Hai, the number of people interested in entertainment services such as Netflix, is quite large but the price of Netflix in Vietnam is still high. "Not everyone can invite friends to buy together, not to mention, external buying accounts are very cheap and easy," he said. 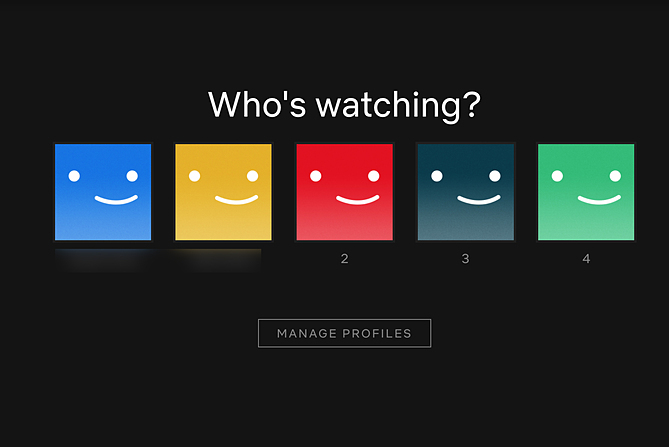 The highest Netflix package allows sharing with up to 5 devices, which many Vietnamese choose to "buy together".

For example, the highest-end Netflix subscription package, which can watch 4K resolution movies and divide into four "slots" for four general users, is listed at VND 260,000, but many places sell VND 120,000. Even in some places, users only need to spend VND 20,000 to own a "slot" for viewing Netfix a month.

On Facebook, many groups specializing in sharing and buying cheap Netflix accounts are also set up "according to" the needs of users. There are new groups established in March, but have attracted tens of thousands of members to participate, every day there are hundreds of new discussions surrounding account buying and selling.

Articles like "sell an account for VND 20,000" receive hundreds of comments of interest. A person claiming to be the "agent" of the Netflix account said that in March, they had to hire three more employees to "reply to the inbox" because the number of people asked was too much. When asked about the quality, this person just said that "just be assured that you have sold it to a lot of people", and affirmed this is a "good account" and "know how to buy so cheap".

According to some experienced people, these accounts can be taken from Netflix offers and can only be used for a short time, some are due to the seller using tricks, or may be "genuine account", but the seller will sell to a lot of other people ... so it can't guarantee a working perfection like the owner account.

Demand for watching Netflix in Vietnam has been rising since mid-March, amid people being asked to stay home to avoid Covid-19. This video viewing platform has now allowed Vietnamese users to buy and pay directly, however, many people choose to buy from a "third party", leading to the purchase market of Netflix watching at Vietnam became vibrant.

According to Google Trends, search trends for Netflix in Vietnam have been increasing since mid-March. Keywords such as "Netflix" and "Netflix accounts" have twice as many searches in the first week of April. compared to the same period in March.

In fact, not only in Vietnam but around the world, the demand for videos has increased in the context of the Covid-19 epidemic that keeps people at home. Platforms like Netflix, YouTube, Amazon Prime Video even have to reduce the quality and reduce the traffic to avoid congestion. Netflix said it reduced service traffic by about 25% globally.