The world will be like when AI is everywhere

Some tech figures such as Bill Gates and Elon Musk have warned that artificial intelligence (AI) could destroy the planet.
In June 1956, a group of scientists and mathematicians from all over the United States gathered at Dartmouth University. After strolling around the beautiful campus, they went to the top floor of the mathematics department, where a group of men in white shirts were debating a new topic, so new that it didn't even have a name.

"People can't agree on what it is, how to do it, or how to call it," Grace Solomonoff, the widow of one of the scientists, later recalled. Discussions, from cybernetics to logic theory, last for weeks in the boiling air.

What they are talking about is how to create a thoughtful machine.

The Dartmouth Conference was one of the beginnings of a decades-long quest for artificial intelligence. The results are potentially promising, but a series of countries continue to pour billions of dollars into AI.

But researchers today refer to not only general AI - machines that think like humans, but also develop in the direction of narrow AI (Narrow AI) with the task of performing individual tasks. For example, financial institutions use AI to predict the stock market. Google brings AI to the diagnosis of heart disease. American Express uses AI bots to serve customers online. Microsoft invested US $ 50 million in AI development to help prevent climate change. IBM deploys AI to treat cancer ...

Among them, "machine learning" has become a new approach of AI. Algorithms can train themselves through huge data stores and bring many shocking results even to the most optimistic people in this field. In early 2018, two AI systems, one created by Alibaba (China) and the other from Microsoft, defeated humans in the reading comprehension contest. Algorithms "read" Wikipedia articles on a variety of topics such as the rise of Genghis Khan or the Apollo lunar exploration program, then answered a series of questions with a higher rate of accuracy than humans. .

The concept of privacy is expected to disappear by 2060. When the government uses AI, artificial intelligence will penetrate and control everything that happens in life, from where you go, what you do to content of the chat about the weather with friends.

Narrow AI solutions are everywhere, in GPS systems, in virtual assistants, in proposing movies on Netflix ... But what scientists still expect, or fear, will happen in The future is General AI - a system that can teach itself to take on responsibilities in a variety of fields. Some scientists believe the world needs another 30 years, while others argue that it will take centuries to have such a machine. 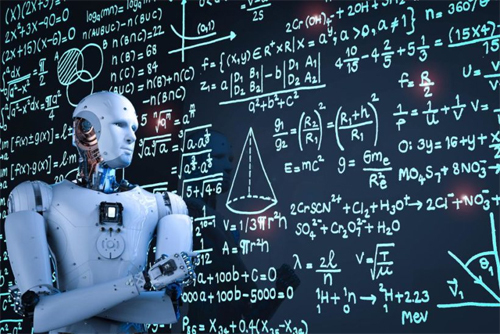 When General AI like that appears, it will take away the work of humans, take over the driver, be a radiologist ... AI robots will take care of the elderly, AI scientists will solve the The conundrum, the AI ​​spacecraft will advance to distant planets ... Each person also has an individual AI. It may replace you choosing your partner. If you realize you will be happier when you get divorced, it will make that happen, help you write agreements, divide assets ... AI will also represent you in the election.

"I am worried about the prospect of a world full of emotionless robots. It could be a disaster," said philosophy professor David Chalmers at New York University.

Not only Chalmers, many famous figures such as physicist Stephen Hawking, billionaires Bill Gates and Elon Musk also warn the risk of AI can destroy the planet. "Artificial intelligence may be the worst thing in human history. Sooner or later they will be out of control," Hawking repeatedly warned while alive.

"I am really close to new AI technologies. This makes me terrified," said billionaire Elon Musk. "Remember my words: AI is much more dangerous than nuclear." Bill Gates agreed with Musk's view and said that it is hard to understand when many people consider those warnings to be not worrisome.

However, many researchers consider the prospect of heaven or hell from AI like the odds of winning a lottery, which is very difficult to take place. The world will not build AI systems that people often dream or fear, but build the AI ​​systems they aim to. Meaning, AI will play as a tool, like fire or language. It has the downside, maybe even catastrophic, but the benefits that it brings are greater than that. How to design and use it is important.