US and France cooperate to track marine life from space 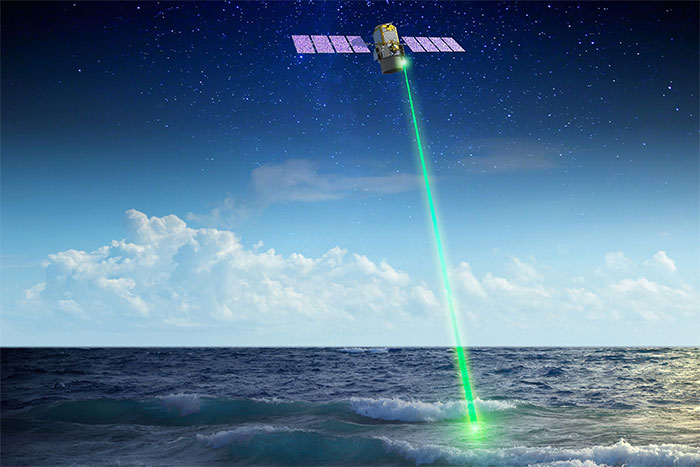 Researchers in the US and France used CALIPSO lidar in space to track the largest migration of organisms on the planet - (Photo: NASA).

Technology that allows the study of the impact of climate change on the migration of these microorganisms can also be useful for the army and fishermen. Twice a day, when the sun rises and sets, the movement of the animal kingdom takes place at sea, known as diel vertical migration (DVM). This process is the largest of the known number and biomass migrations.

Representatives of many different species participate in the upright migrations of the day, including molluscs, juvenile squids and larvae - almost all organisms involved in the process are microscopic. During the nocturnal migration, organisms emerge on the surface and feed on small plants - phytoplankton. During the day, they sink to the depths to protect against predators.

Studying the migration of microorganisms called plankton may be useful for military and fishing purposes (it is easier to hide a submarine in a cloud of zooplankton and there is always available at the side), as well as monitoring climate change.

The researchers plan to use space lasers to study surface water layers that are more than 20 meters thick. This is enough to detect plankton at night and in the morning, as well as study their behavior on a global scale.