The first unmanned bullet ship in the world

CHINA: The Fuxing train on the 174 km high-speed railway between Beijing and Zhangjiakou can reach a maximum speed of 350 km / h. 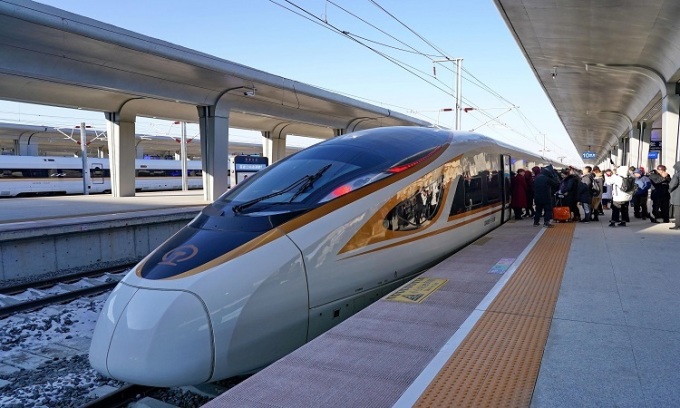 The intelligent high-speed railway linking Beijing, Dien Khanh and Truong Gia Khau, the three venues for the 2022 Winter Olympics, is in operation from December 30, 2019 after four years of construction with the first train. The first line runs from Beijing Station to Tai Tu Thanh Station. Fuxing train will stop at 10 stations, including Bat Dat Linh station at the foot of the Great Wall.

The cabins are equipped with 5G network, intelligent light system, with 2,718 sensors to collect real-time data and detect incidents during operation. Each seat has touch screen control and wireless charging port.

Although the train automatically follows the route, there is always a supervising driver on the train. The train can roll, stop and adjust according to the speed limit difference between stations. At the platform, a team of robots and facial recognition technology are also deployed to help passengers find their way, luggage and check-in.

The space design in the ship is also geared towards meeting the needs of athletes and reporters. Some compartments have a larger loading area for placing winter sports equipment, used via QR code scanning. The ship also has a special area to conduct testing of substance use in athletes.